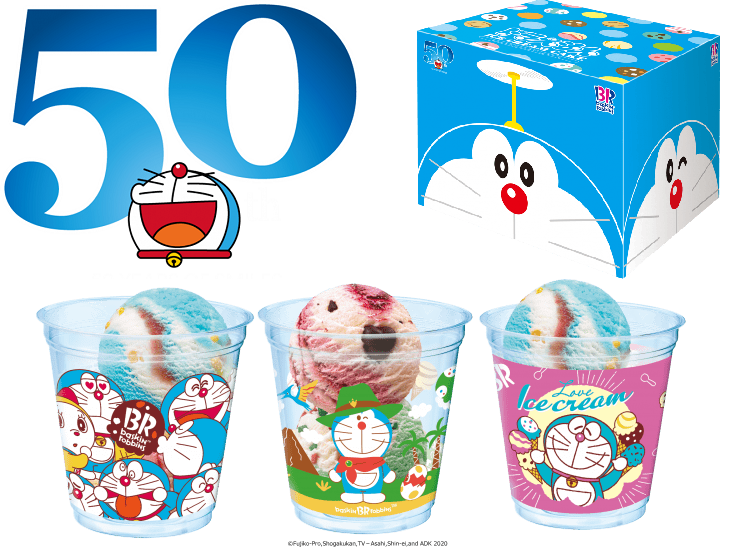 To commemorate the release of the Animation film "Doraemon Nobita's New Dinosaur" in Japan, 31 Ice Cream is co-branded with Doraemon for the first time. 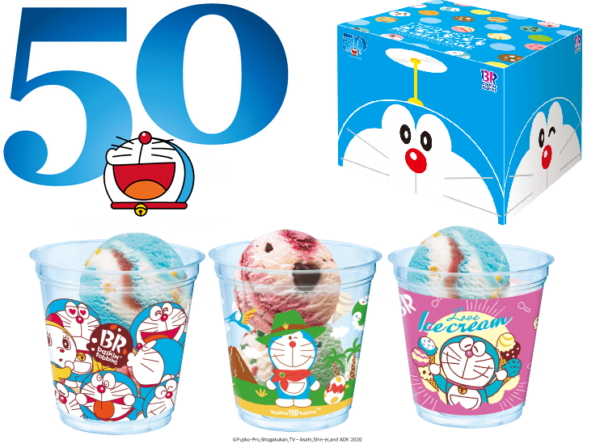 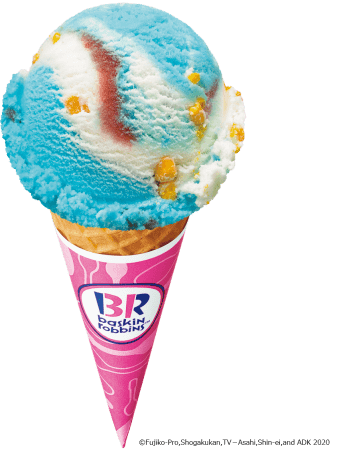 Created in the image of Doraemon, cute and refreshing soda ice cream comes out! The blue soda smoothie and white yogurt are so sweet and sour. It's a good taste for everyone. The most recommended flavor in this spring.
Price: Single regular 390 yen (tax included)
Sale period: March 4, 2020 (Wed) ~ Until sold out

There are three types of double scooped ice cream in a cup, limited during the period. You can choose your favorite two ice cream flavors and cup styles. 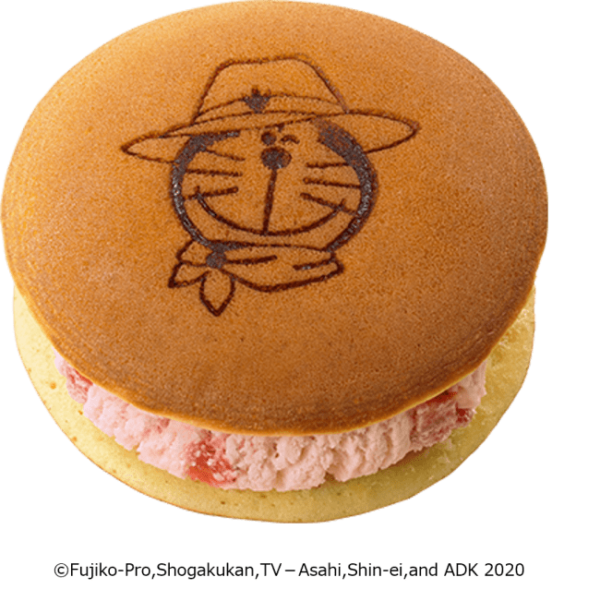 In conjunction with the release of the movie "Nobita's New Dinosaur", 31 Ice Cream specially launched the Doraemon pattern dorayaki with movie shape.
You can choose your favorite flavor of ice cream stuffing!

Doraemon ice cream shaped cake, filled with popsicles and chocolate, so cute that people can't wait to eat it!
The packaging of the outer box is provided in a limited amount. After eating the cake, you can see the cute Doraemon and Doraemon on the base!
Price:3,300 yen (tax included)