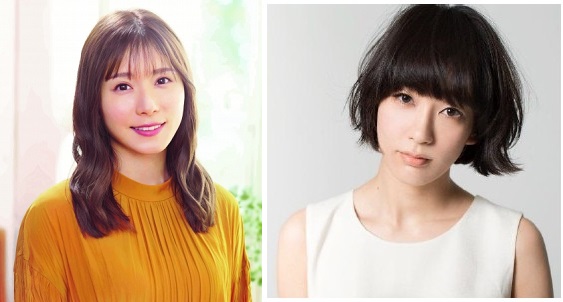 In order to encourage people to stay home more during the epidemic, and to relieve the loneliness and stress of not being able to go out, the artists will also live-stream their interactions with their fans from time to time, or upload videos of them playing games, exercising, and cooking at home, so that they will not be bored at home. Recently, the trend of releasing storytelling videos has begun, not only to serve fans, but also to give families with children a chance to spend time together with their children in fairy tales and picture books. Today, we will introduce a few Japanese artists who have recently started to become storytellers, so that you can enjoy the warm time at home listening to their idols tell their stories!

◆ARASHI ​
ARASHI, which finally launched its official YouTube channel last year, not only uploaded a number of music videos of popular songs after the launch of the channel, but also start projoct of "Picturebook storytime."In addition to relieving fans of the loneliness and stress of not being able to go out during the epidemic, it also hopes to provide more entertainment for children, so that parents can take a break while their children watch the video, or make time for other household chores. The first video of  Picturebook storytime "The Three Little Pigs" , Sho Sakurai is the narrator and the other four characters are chosen by lot. It's obviously a familiar fairy tale, but with the changing voices and selling performances of  five members, the story is made more vivid and interesting. Besides, interactions between the five were one of the highlights of the video!

Recently, they have also released the videos“The Adventures of Son Goku”and  "Jack and the Beanstalk", all with English subtitles. The "Picturebook storytime" project  is open for a limited period of time, so we recommend you to watch them as soon as possible, and look forward to the video to be released later!

The Adventures of Son Goku

Jack and the Beanstalk

Mayu Matsuoka launched a picture book reading project on her personal Instagram in early April. The first reading video released on Instagram,Mayu Matsuoka chose to read Patrick McDonnell's picture book "The Gift of Nothing", the text and illustrations of which are simple but deeply moral, and combined with Mayu Matsuoka's soft and lovely voice as she reads the illustrated book, the story quickly becomes engrossing.

Asami Mizukawa recently posted a video on her personal Instagram of a picture book reading, which turns out to be a story reading relay initiated by actress Mari Natsuki. Asami Mizukawa's reading of the picture book "チクチクした夜に" (On a prickly night) is the only picture book in the world where a friend draws and writes on his own to encourage Asami Mizukawa. Although the content is very brief, it is a work that can be transformed into different strengths depending on the reader's interpretation, and Asami Mizukawa chose to read this illustrated book aloud because she thought it might encourage and bring courage to people during this time.

After the release of the video, many people left comments such as "great story", "so touching", "so gentle voice, I feel like I can have a good dream today", but also many people began to speculate whether the husband of Asami Mizukawa who was responsible for looking through the pictures is Masataka Kubota. The film ends with Asami Mizukawa handing the baton over to Erika Toda, I wonder what kind of story Erika Toda will be reading? It's so exciting!

The videos released by the other female stars who participated in this project can be found at the following links.
Mari Natsuki  《Little Red Riding Hood 》
Tao Tsuchiya《Wait Till the Moon Is Full》
Fumi Nikaidō《78円の命》

During the epidemic, we were fortunate to have these caring artists who spared no effort in organizing activities that would help us get rid of our lonely time at home.